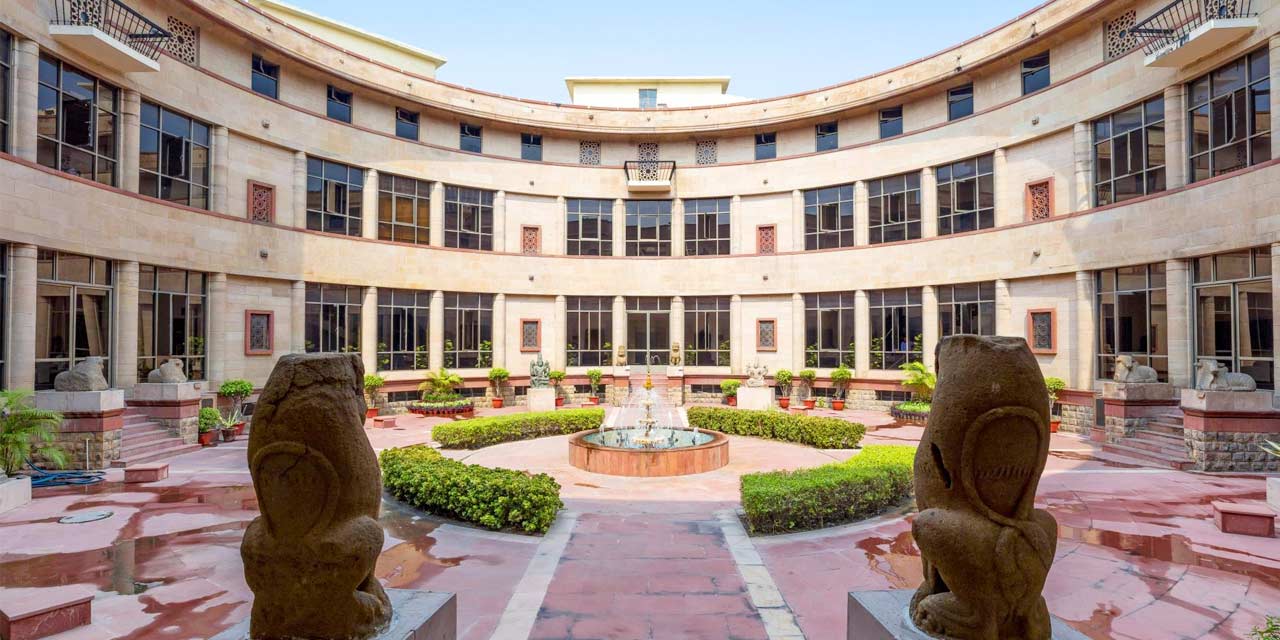 One of the largest museums in India, located in Delhi, is the National Museum of India, established in the year 1949. The museum is a paradise for people who are enthusiasts for history, archaeology and heritage. Being one of the largest museums in the country, the National Museum of India houses around 2 lakh artefacts and works from the prehistoric era and modern works of art and cover a horizon of around 5000 years. The museum is governed and funded by the Ministry of Culture and Ministry of Tourism, Government of India.

History of the National Museum of India

The then Governor-General of India, Shri Chakravarti Rajagopalachari, inaugurated the museum and Pt. Jawaharlal Nehru laid the cornerstone of the museum on May 12th, 1955. On the 18th of December, 1960 the building was made open to the public.

Institute in the National Museum of India

Departments at the National Museum of India

There are 16 departments at the National Museum of India which preserve strong heritage from the past. The departments are:

These departments are based on and cover almost all types of artefacts and collections at the museum.

Collection Galleries at the National Museum of India

Apart from the departments, there are 21 collection galleries at the museum where exhibits, paintings and collectibles from different ages and times are preserved. These galleries include:

Also known as Indus Valley Civilization and Indo-Saraswati Civilization, various artefacts from the Harappan Civilization are preserved in this section. There are idols and works of art made from Terracotta, Bronze, Ivory, Semi-precious stones, and Bone objects. Apart from this, there is pottery and Jewellery.

1st to 3rd century CE was the Kushana Dynasty rule. The famous Gandhara School of art and the Mathura School of Art were prevalent during this time. Greek Iconography had a huge influence on the Kushana Gallery. Kushana dynasty is most famous for depicting Buddha in physical form.

Under this dynasty, the art work and scriptures from the Gupta Dynasty ruling from 4th to 6th Century CE are exhibited. The most famous sculptures are from Mahabharata and Ramayana.

The gallery is divided into two sections: Early Medieval and Late Medieval. The gallery contains a combination of arts from different dynasties like Vardhanas, Pratiharas, Maitrakas, Palas, Pallavas, Cholas and Chalukyas in the early period and Parmaras, Chandelas, Hoysalas, Nayalas, Gajapatis, Senas and Chauhans in the later period. Post the decline of the Gupta Dynasty, the future of the Indian subcontinent and Art work suffered badly.

This gallery is also divided into two sections: Section 1 and Section 2. Section 1 comprises of objects made from Jade, Ceramics and Ivory. Section 2 contains objects made of metal and wood.

There are more than 17000 miniature paintings. The paintings are categorized according to different schools of art and contain paintings from various periods like Deccani, Mughal, Rajasthani, Pahari etc.

Preserved from the Sidharth Nagar in state Uttar Pradesh, are relics from Buddha period of 5th and 4th Century BC. The artefacts predominantly comprise of Terracotta, Bronze, Stone, Stucco and wood. The three principal Buddhist forms- Hinayana, Mahayana and Vajrayana. Humanity serves as the basic theme of these artefacts.

The gallery depicts the evolution of Indian Coin system and Scripts. There are specimens from different periods which are displayed in huge showcases.

Idols made from Bronze depicting Natraja, Parsvnath, Chubisi, etc.are exhibited in this gallery.

Various scripts and manuscripts in different languages from different periods are preserved under this section. The manuscripts are written on different materials like a palm leaf, birch bark, metals, paper and parchment.

This gallery is a perfect example of traditional and modern ways. The gallery depicts the evolution of coin system starting right from cowries and goes till credit/debit cards.

Sir Aurel Stein discovered these artefacts during one of his expeditions along the silk route from years 1900 to 1916. There are various wall paintings, silk banners, wooden and terracotta sculptures, pottery and porcelain objects and objects made from grass, leather, fiber, gold and silver.

Mysore and Tanjore are the two famous schools of southern India from which various objects are depicted. The artefacts are under themes of Indian Mythology, Gods, Goddesses, Epics, etc.

Textiles from the Mughal period are depicted under this section. The featured textiles are Silk, cotton, Woollen, prints, dye, embroidery etc.

Objects under this gallery are donated by Mrs. And Mr. Nasli Heeramaneck of New York. The objects are revived from different countries like Inca. Mexico, Maya, Salvador, Panama, Peru etc.

Established as a dedication to the eastern style of living in India, the gallery comprises of artefacts from the eight eastern states, commonly known as the seven sisters and a brother (Sikkim).

Indian Sarod Maestro Padmashree (Late) Mrs. Sharan Rani Backliwal donated the collection of this gallery. Comprising of musical instruments which are folk, tribal, and classical, this gallery is eye-candy for music lovers.

As the name suggests, this gallery comprises of wooden artefacts depicting carving art from India, Nepal and Tibet.

Right from the Stone Age to Modern Age, this gallery depicts arms and armours under different periods and ages. The collections comprise the arms and armours majorly from the Mughal period including Rajput, Sikh and Maratha arms as well.

Entry Fee and Timings of National Museum of India

The entry fee for visiting the National Museum of India is Rs. 20 for Indian Adults, Rs. 650 for Foreigners. There is no fee for students carrying ID cards from class 1 to 12.

Handheld camera photography is allowed in the museum but for using photos permission needs to be taken. There is no extra camera fee.

Videography is not allowed inside the museum.

How to Reach the National Museum of India

The National Museum of India is located on the outer circle of Connaught place which makes it quite easy to access.

By Metroline- If you are in Delhi, the most convenient mode of transportation to reach the National Museum of India is by metro. Udyog Bhawan is the nearest metro station just 900 meters away from the museum.

By Road- If you are traveling by road, Delhi is well connected by most cities in India, being the National Capital. All buses come till ISBT Kashmiri Gate from where you can take the DTDC line 40 to reach Udyog Bhawan which is just 900 meters away from the National Museum of India. Private taxis are also available at the ISBT.

By Railways- If you are traveling by train from any part of the country, get down at the New Delhi Railway Station. You can hire a taxi cab from the railway station to the National Museum of India or travel by metro from NDLS to Udyog Bhawan, ride the yellow line and get down at the gate number 1 on Udyog Bhawan metro station.

By Airways- If you are traveling by air, Indira Gandhi International Airport is the nearest one. You can hire a private taxi from the airport to reach the National Museum of India. Alternatively, you can opt for a private cab from top car rental companies in Delhi, for a hassle-free commutation during your stay in Delhi.

We at Delhi Tourism, a division of Holidays DNA offer all-inclusive Delhi tour packages to have a perfect time while exploring the tourist attractions of Delhi. Please feel free to reach us by filling the Contact Us form to know more about the packages.

Places to Visit in Chennai